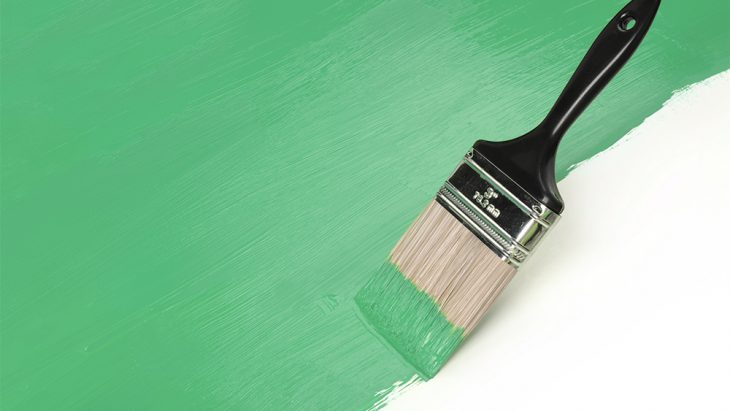 Two Sides, the global initiative promoting the sustainability of print and paper, continue to tackle misleading environmental claims made by some of the world’s largest corporations.

Common inaccuracies about print and paper are still a major issue for the industry. These misconceptions are further reinforced by financial organisations, utility companies and many other service providers, as they increasingly encourage their customers to switch to electronic bills and statements. But instead of focusing on the potential cost savings of digital, often the incentive to switch is based on unfounded environmental claims such as “Go Green – Go Paperless” and “Choose e-billing and help save a tree”.

In the first half of 2019, Two Sides researched the websites and communications of 102 organisations around the globe. Of these, 69 were found to be using unsubstantiated claims about print and paper’s impact on the environment. So far, 38 of these organisations have removed or changed their messaging after being engaged by Two Sides.

Industries with the highest number of Greenwashers include: telecoms providers, banks and financial institutions, utility providers and governmental organisations.

Martyn Eustace, Chairman of Two Sides, said: “We are really pleased that our ongoing effort is having such a significant effect on some of the world’s largest and most influential companies and organisations. But there is no room for complacency and there is still a great deal of work to do tackling companies that continue to mislead their customers.”

“We can see from our research that these misleading messages are having an impact on consumer perceptions of print and paper – particularly regarding its perceived impact on forests – which is why it is so vital for Two Sides to continue to tackle these damaging claims.”

The drive to digital is not always welcome

Consumers feel strongly about their right to receive paper options from their banks, governments and other service providers and efforts by these organisations to force their customers to digital, often citing misleading environmental claims, may just backfire.

An international survey of 10,000 consumers carried out by Two Sides in Spring 20191 found:

Paper and digital communications: The facts

Eustace concludes, “Consumers should not be misled and encouraged to go ‘paperless’ through the use of misleading ‘green’ marketing. The true picture of the excellent environmental benefits of paper is being overlooked by these false messages. Paper is a renewable and recyclable product that, if responsibly produced and used, can be a sustainable way to communicate. The forest and paper industries rely on sustainable forests and they are major guardians of this precious and growing resource.”

40% of Local Councils found to be greenwashing

Help us to tackle Greenwash

I decide how I receive 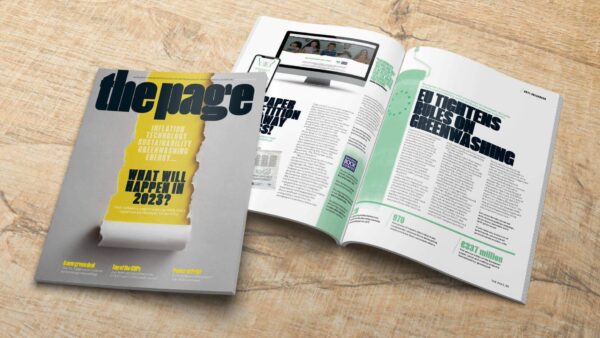 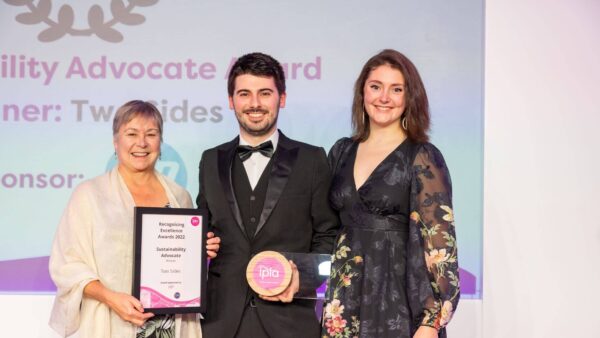 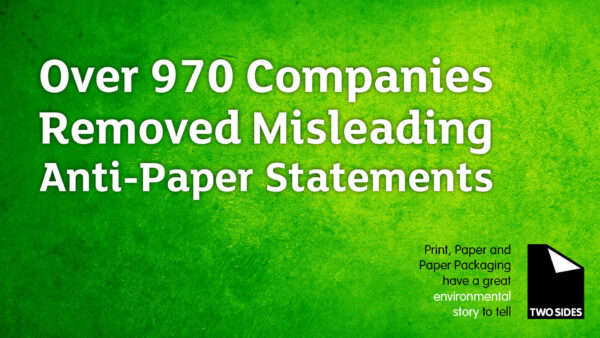