The recovery in the UK printing and printed packaging industry suffered a setback in Q4 and is now expected to see a decline on the volume of orders and output in Q1. The Covid-19 outbreak hit at the end of Q1, Q2 bore the brunt of the impact and whilst Q3 exhibited a recovery, of sorts, Q4 experienced a halt on that recovery path.

Unfortunately forecasts for Q1 suggests that the Covid-19 resurgence and resulting mix of lockdown measures and post-Brexit disruption will be a drag on recovery for many businesses.

The latest Printing Outlook survey reveals that 29% of printers managed to increase their output levels in the final quarter of 2020. One-third (33%) were able to hold output steady, whilst 38% were adversely affected by a decline in output. The resulting balance (the difference between the ups and the downs) was -9, only just below the -8 reported in Q3 and just much in-line with the Q4 forecast (-7). Output has yet to return to the positive zone (where more companies report an improvement rather than a decline). This is the first instance output in the fourth quarter has reported a negative balance, and as such it is the first occasion that Printing Outlook has displayed a negative output balance for four consecutive quarters.

Printers are now expecting activity levels to take a turn for the worse in Q1 2021.

Output growth is forecast to increase for 21% of companies, and just over one-third (34%) predict that they will be able to hold output levels steady in Q1. However, almost half (45%) expect output levels to decline. That leaves a forecasted balance of -24 for the volume of output in Q1. It is worth noting that not all of this downturn is related to Brexit or Covid-19 issues; for example many packaging companies, that have been operating at a generally high level of capacity, will experience a normal seasonal downturn in Q1.

The vaccine roll-out does provide hope that the economic recovery will indeed gather steam in 2021 and that companies will be able re-open for business with a reduced threat from continued severe lockdowns.

Dealing with the economic impact of Covid-19 remains the most important business concern for businesses; it was selected by over three-fifths (62%) of respondents. There is also a growing concern about the survival of major customers (selected by 44% of respondents) and, after some tome out of the top three concerns, competitor pricing below cost has reappeared in the top three (also with 44%).

Companies continue to express a range of concerns regarding the impact Brexit may have on their business; however there are now three clear priorities – supplies, barriers and costs. The primary concern remains maintaining a reliable and secure supply chain, there is an awareness that many inputs (in particular paper and board) do not originate in the UK. Supply chain security was selected by 60% of respondents. Now that Brexit has occurred, non-tariff barriers have attracted more attention – this came through as the second most pressing concern (selected by 55% of respondents), ahead of general cost inflation (with 49%).

Brexit has contributed to the cloud of uncertainty above the business environment in recent years – hopefully now at lost some of that cloud will dissipate. There is likely to be some adjusting but there will also be opportunities to exploit.

Brexit-related comments from companies do suggest a polarisation to the impact of Brexit upon the industry. Understandably companies serving local clients and markets are not too concerned, so long as their supplies are able to maintain flow and costs. However, companies in Northern Ireland (and those trading with companies in Northern Ireland and into the EU) have been more vocal in the disruptions they are facing. Companies have reported delays to the movement of goods through customs, difficulty finding hauliers and couriers, confusion over new paperwork, rules or origin and disputes over trading arrangements and VAT responsibilities with clients.

“The economic climate has been challenging – high levels of debt will force adjustments, and investment (weak for a while now) will require support if productivity is to improve. However, the high level of uncertainty should start to fade as the vaccine roll-out progresses and businesses progress past the Brexit-related turmoil.”
Kyle Jardine, BPIF Economist 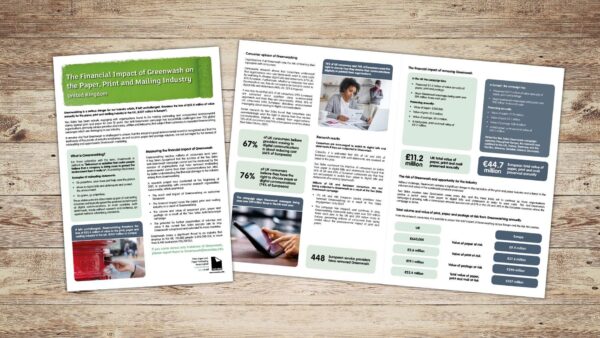