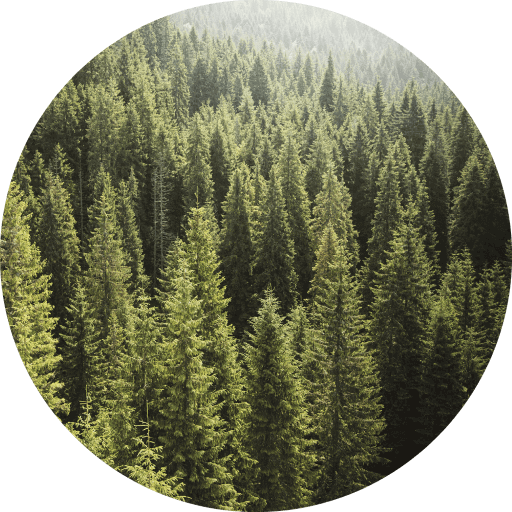 Forests are an extremely important part of the environment. Well-managed sustainable forests give multiple benefits to society, such as livelihoods, ecosystem services and biodiversity, while helping to tackle climate change. To ensure the long-term health of European forests, sustainable forest management underpins how the paper industry operates and sources its main raw material.

Forests are one of the world’s most valuable resources and home to more than half the world’s land-based animal and plant species.[1]

Over the past four decades they have moderated global warming by absorbing around a quarter of the carbon dioxide emitted by human activities. Carbon sequestration in forests reduces the rate of carbon accumulation in the atmosphere and so reduces the rate of climate change.[2]

Forests provide more than 86 million green jobs globally and support the livelihoods of many more people. They are vital for the conservation of biodiversity, energy supply, and soil and water protection.
FAO and UNEP, The State of the World’s Forests, 2020

It is a common misconception that European forests are shrinking. They are growing by the equivalent of 1,500 football pitches every day!

A number of schemes exist to ensure forests are sustainably managed. The two most recognised are the Forest Stewardship Council® (FSC®) and the Programme for the Endorsement of Forest Certification™ (PEFC™).

Both the FSC® and PEFC™ schemes have similar objectives: the certification of forests to credible, independently verified standards of responsible forest management, conserving the natural habitats of plants and animals, and respecting the rights of forestry workers and local communities. Both operate robust chain of custody schemes that track wood and wood fibre through every step of the supply chain, from the forest to the end-user.

European forests act as a major carbon sink. Between 2010 and 2020, the average annual sequestration of carbon in forest biomass reached 155 million tonnes in the European region.[3]

In the EU27 + UK, carbon sequestration from forests corresponds to around 10% of gross greenhouse gas emissions.[3]

The vast majority of terrestrial biodiversity is found in the world’s forests. Together they contain more than 60,000 different tree species and provide habitats for 80% of amphibian species, 75% of bird species and 68% of mammal species.[5]

Over the last 37 years, there were only minor fluctuations in the common forest bird index in European forests. The fact that populations of common forest bird species are stable indicates the overall stability of the forest environment and biodiversity.
State of Europe’s Forests, 2020