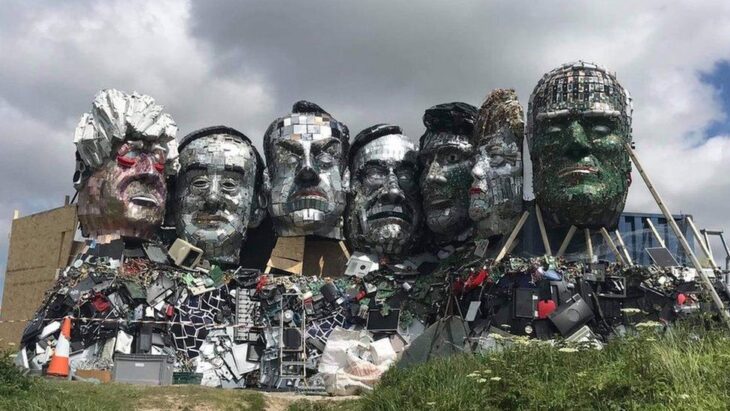 The problem of e-waste is getting bigger and bigger, with dire consequences for the environment. Could a sculpture in Cornwall hold the key to governmental change?

At the 2021 G7 Summit in Carbis Bay, Cornwall, in plain view of the thousands of politicians, advisors, diplomats, reporters, security personnel and curious locals, stands Mount Recyclemore. As the name suggests, it resembles Mount Rushmore, but instead of the faces of four American presidents carved into granite, Mount Recyclemore is a sculpture of the seven G7 leaders made from 20,000 discarded digital devices.

While not on the same scale as Mount Rushmore (each of the seven heads is three metres tall), the Cornish sculpture has no less of an impact. Viewed from a distance it looks like a series of ghoulish faces made of sheet metal, but get closer and the extent of the problem becomes apparent. Smartphones, tablets, laptops, monitors, computers, keyboards, home appliances, and thousands of circuit boards, all unable to be recycled and destined to end up in landfill.

Built to highlight the damage caused by the disposal of digital devices, Mount Recyclemore was commissioned by musicMagpie, a tech resale website. Research by the company found that around 79% of the British population does not know what electronic waste (or e-waste) is, while 31% of Britons were unsure or did not believe that e-waste can harm the environment.

“E-waste is a growing problem worldwide and its impact on the environment is significant,” said Steve Oliver, musicMagpie’s founder and chief executive. “If sent to landfills, e-waste can leak harmful chemicals into the soil and water, or if incinerated, fumes release chemicals into the air, contributing to global warming.”

The Growth Of E-Waste

The amount of e-waste has been steadily growing around the world for decades, but the sheer scale of it has only recently become apparent. Last year, the United Nations released a report into the problem that stated that the electronics industry was responsible for 53.6 million metric tonnes (Mt) of e-waste across the world. That’s up by an alarming 21% over the past five years.1

The report went on to say that at the current rate, global e-waste will reach 74 Mt by 2030, making it the fastest-growing domestic waste stream in the world. “What is most concerning is not only the quantity of e-waste that is arising, but the fact that recycling technologies are not keeping pace with the growing amount of e-waste,” said Vanessa Forti, the lead author of the report. “That is the key message: the recycling needs to improve.”

However, it seems that a year on, the UN’s message hasn’t been getting through. The European Court of Auditors recently released their review into the effectiveness of e-waste recycling in Europe, which found that while EU Member States collect and recover more discarded electrical and electronic equipment than most of the world, the EU risks missing its more ambitious e-waste collection targets.2

Alongside the vast amount of devices and appliances that get thrown away every year, a key problem with e-waste is the precious metals and toxins that get thrown away with them. Materials such as gold, lithium, iron and copper are simply lost and need to be mined again to build new devices. It’s estimated that the value of raw materials in all global e-waste generated in 2019 is equal to a staggering $57 billion.1 Recycling many of these materials can make a significant contribution to the circular economy. For instance, one tonne of smartphones contains about 100 times more gold than one tonne of gold ore.2

“The collection and recovery of e-waste in the EU has improved over time, and the EU currently recycles about 80% of the e-waste it collects,” said Joëlle Elvinger, the ECA member responsible for the review. “However, the collection, recycling and reuse of e-waste are not equally effective in all Member States, and could be further increased. We also observed some challenges in the way the EU deals with the mismanagement of e-waste, illegal shipments and other criminal activities.”

Clearly, the challenges of e-waste and recycling are ones that will take some time to solve, but there are some steps being taken in the right direction. These include legislation that requires countries to improve their e-waste recycling operations, incentives for companies to reduce the amount of materials in devices, and the promotion of product durability and reparability. However, many of these requirements don’t yet cover the more popular devices such as smartphones and computers.

Back in Cornwall, Mount Recyclemore has caused quite a stir, making headlines in most of the national newspapers – and a few of the international ones. Like many environmental issues, e-waste needs a groundswell of consumer awareness behind it to make a real difference at government and boardroom level, and direct action such as this could be the way to achieve it.

“We need to recycle stuff, we need to make stuff last,” said the artist behind Mount Recyclemore, Joe Rush. “We can’t just throw it into landfill. It’s not just a politician’s problem; it’s a problem that the human race has to deal with.” 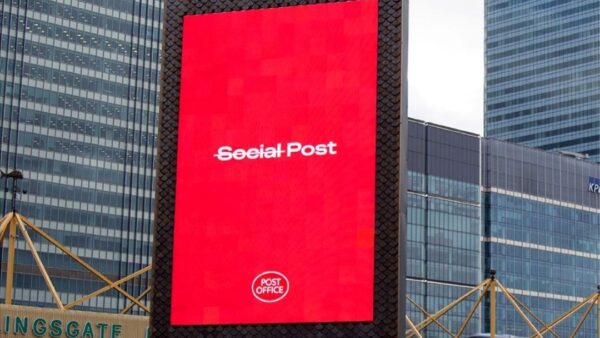 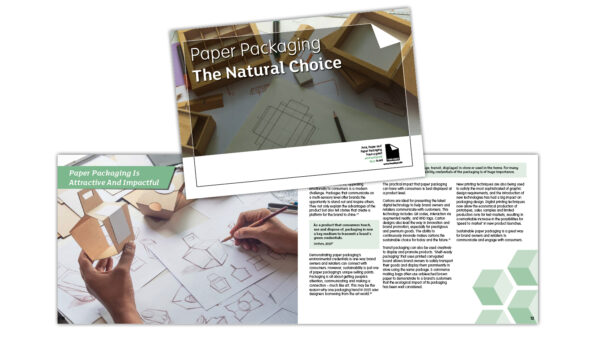 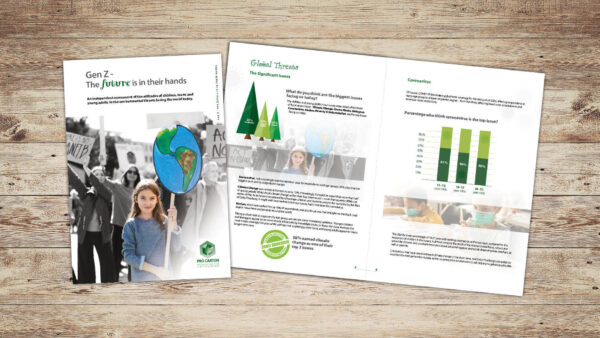 Gen Z – The Future Is In Their Hands